Glidewell Specialties Foundry Company was founded in 1962 by Aaron S. Glidewell in Birmingham, AL. The foundry originally serviced the local Birmingham steel mills and railroad wheel manufacturers. In the late 1960's the foundry began to produce castings for the coke oven industry and by the early 1970's was shipping castings to steel mills all over the eastern half of the United States.

The markets served by the foundry continued to expand and in the early 1980's the foundry became a major supplier to some of the larger valve manufacturers in the country. Since that time Glidewell has made valves which have been shipped all over the world, including the replacement valves for a significant portion of the Panama Canal. In 1985 Glidewell Foundry merged with Southern Foundry and moved to its present day site in Calera, AL.

Glidewell's diversification has continued through the present to include most of the industries in the United States that consume heavy industrial castings.

Many improvements were added to the foundry in the 1990's, which included both mechanical and thermal sand reclamation. Since 2000, improvements have included a new cleaning room, complete with a new shot blast machine and pneumatic hammer for riser removal, new molding sand mixers, a new ductile iron treatment station, all new chemical and physical lab equipment, a complete new metallography and solidification lab and several new building additions. A new core room which included automated material handling was brought on stream in early 2007. A new 20,000 square foot building addition with a new state of the art core making center and molding line complete with automated material handling was added in 2010. It can accommodate molds up to 120” square and 48” over 48” deep. An additional shot blast machine with a monorail loop for continuous production was added in 2013. 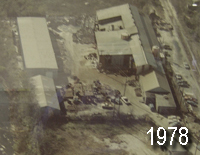 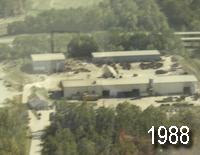 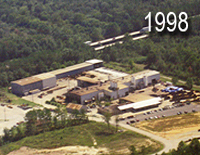 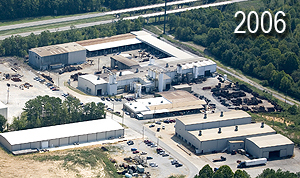 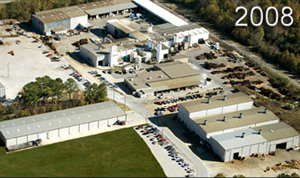 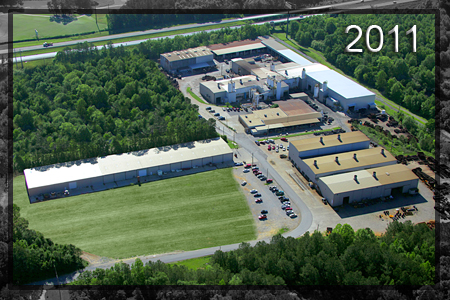